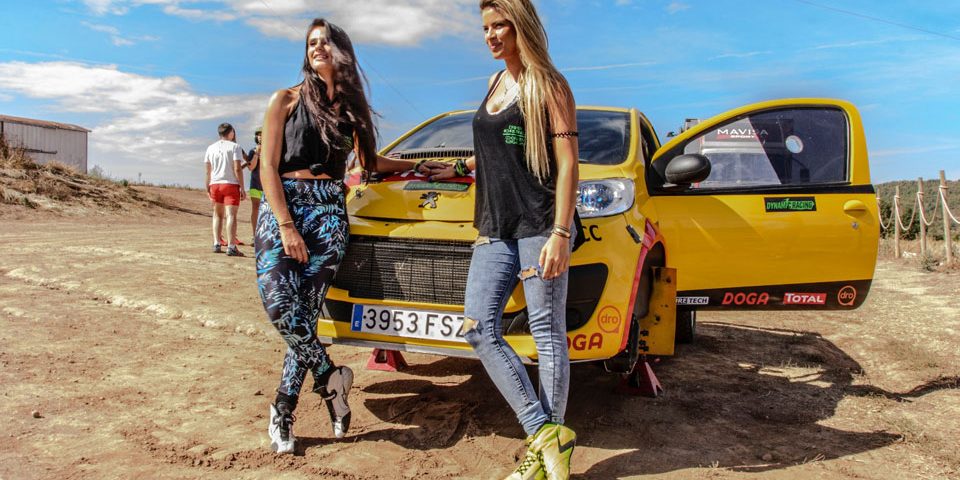 The test session in the Catalan ranch of Canudas has just ended. During the day Christine GZ and Luy Galán tried for the first time the small but powerful Peugeot 107 Proto. This vehicle, made as one-off by Mavisa Motorsport Team is accomodating in its forms, but the engine, a 1600cc turbocharger, has a power greater than 200cv on the front wheels. The chassis, derived from the production cars, was partially replaced by tubular structures that allowed the installation of advanced mechanics.

The day, which took place without a hitch until sunset, allowed Christine GZ to learn the behavior of this vehicle with unique features on a gravel track. Great progress was made in kilometers after kilometer, allowing the Italian/Canarian driver to find the right feeling with the little french car. The crew will be present with the Peugeot 107 Proto at the Cervera Rally, valid for the national gravel championship that will take place this weekend near the spanish city of Cervera.