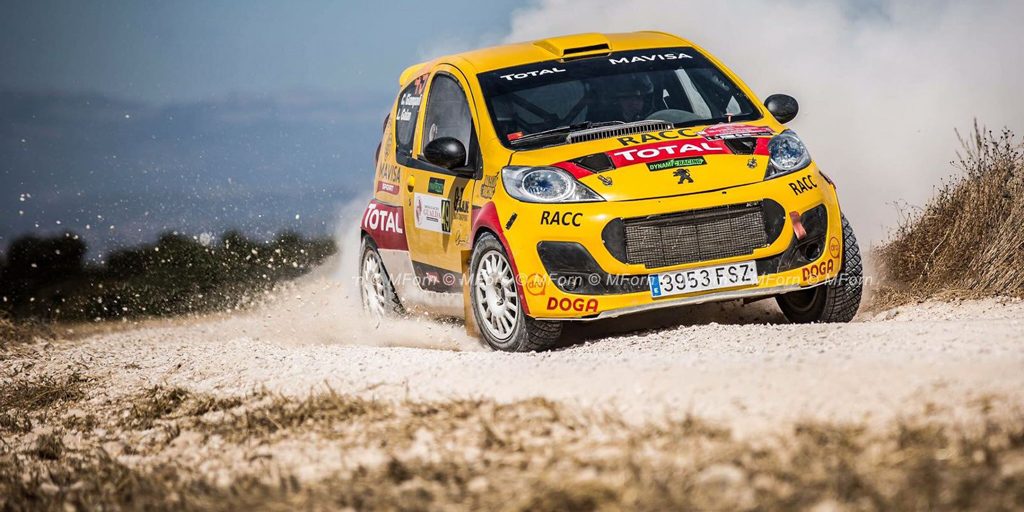 It was a race with mixed emotions. A new car that was not easy to drive, some mechanical problems close to the start, the brakes that did not want to work properly. Despite all this, the girls were able to focus on the goals and made a lot of progress during the race reducing the gap from the best drivers. A throttle problem on the penultimate stage has still not prevented from winning the female driver category. An important goal that rewards the girls for the hard work they have done.

For the race, they used a Peugeot 107 Proto provided by the catalan team Mavisa Sport. A performance vehicle but at the same time not totally intuitive that took several kilometres before it could be exploited to the full.

This rally proved to be of great importance for the Italian/Spanish crew who could train and improve driving and navigation skills.