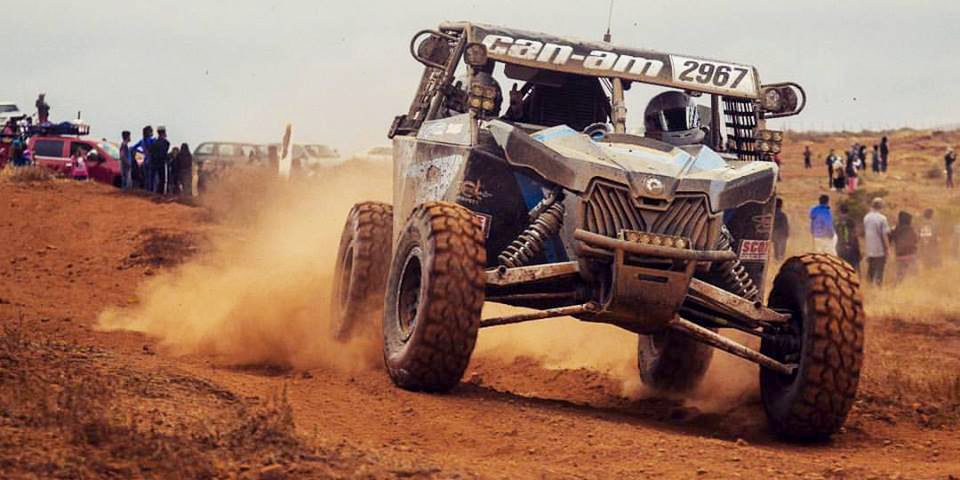 Christine “GZ” Giampaoli Zonca and the rest of the Dynamic Off-road Racing Team in Mojave Desert testing the limits on their all new highly modified CAN-AM X3 UTV.

Today, Dynamic Off-road Racing announces that it has entered into an agreement with Christine “GZ” Giampaoli Zonca, a well-established Italian Rally driver based in Barcelona, Spain, to be its new lead driver. She will be driving the newly added CAN-AM X3 highly modified UTV.

Originally hailing from Italy, born in India, and living in the Canary Islands, GZ has finished her studies in Motorsport Engineering in the United Kingdom (Birmingham), opened her own mechanic workshop and finally turned over completely her life to race in Spain; CGZ competed, and won, in 2016 the Spanish Rally Gravel Championship, a few races of the Spanish Tarmac Championship and one race of the World Rally Championship (WRC RallyRACC), and was the first ever driver on a female-only team to finish a WRC race.

“ChristineGZ and her Co-driver Luy Galan, have the unique skills of transitioning to UTV class from Rally racing in Europe. Her co-driver, unlike Christine, has racing in the DNA; All family members compete in Rally and have always raised this passion with extreme significance.

“We are exceptionally thrilled to have Christine and Luy showcasing their talents in the upcoming UTV World Championship April 13-15 in Nevada. In addition to the Best in the Desert Series, Christine will be driving the Baja 500 and Baja 1000 for Dynamic Off-road Racing,” says Paul Kraus team Co-Owner.

Dynamic Off-Road Racing (DYOR) races CAN-AM Turbo 1000 Mavericks, CAN-AM X3s and will have a rider on the KTM 450 in Vegas to Reno.

Ready the full article on Military-Technologies.com.