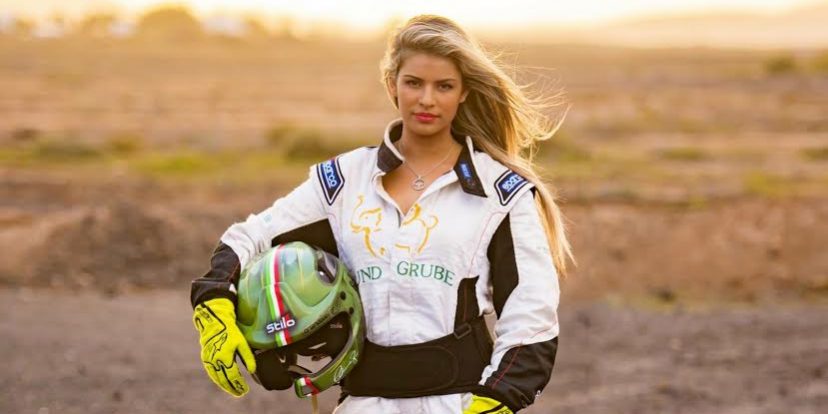 Women are usually known for being very beautiful, cooking the tastiest meals, wearing the latest trends in fashion, so on and so forth but some of them are big time car enthusiasts and choose it as their profession.

One of them, is the charismatic Italian beauty from Canary Islands , Christine Giampaoli Zonca, who turned down her Economic studies in order to fulfill her dream; to become a rally driver. In an exclusive interview to Anna Krith’s Lifestyle, Christine Giampaoli Zonca, explains how her journey quest started and why she wouldn’t mind to move in Los Angeles after her rally experience in the city. She also gives tips to the girls who want to follow her steps in racing while she comments on how female drivers are treated by the male ones.

A. How long have you been in rally racing and how did you get started?

C: I started pretty late (at least for this kind of sport, the age is very important!) – I was 17 when I started preparing my first chassis (Golf MKII) and then started working on a Toyota Corolla AE92, which I raced for first time in 2014. Best 4 years of my life!

A. You studied economics in Birmingham and then you changed course to Motorsport Engineering. How hard was for you to follow your dream?

C: Yes, I started studying Economics because that was what my parents would have liked me to do and to succeed at… but.. you can’t rule your heart!  It was very hard at the beginning to follow my dream, mainly because no-one in the family supported; it took me a lot of time to start from absolutely nothing and constant “never give up” words in my head. I am very happy now with what I have achieved, even if not as fast as I would have liked to ?

A. What is a rally race that you would like to compete in soon?

C: I started racing in Rally, but right now I am driving for an American team called @DynamicRacing, and it’s not rally cars anymore, but UTV’s! Basically beasts that race through the desert and run over everything, very exciting!!!
We raced the BAJA500 in Mexico and the UTV World Championship, soon more to come!
– Baja1000 in November, Vegas to Reno.

C: Haha, too many!! Probably the two great moments I remember, when we won the Spanish Gravel Fem. Championship last year with a entirely Female team (mechanics, engineers, etc), and when, with the same team, we raced in the World Championship in Barcelona (WRC RallyRacc)!! Amazing result after so much hard work.

A. How are women drivers treated by most people and by male drivers?Are you ever feeling nervousness competing with guys?

C: Right now, women in Motorsport are growing immensely, it’s not a “strange thing” anymore; for me personally they have always been respectful and I would say – I actually love the fact that racing is also against men! It is very challenging.